Home » The Parent's Journey » 5. Stages We Go Through » Denial

One of the strongest human instincts is the avoidance of pain.

Not long ago, we had an oil leak under the floor of our kitchen. There had been the smell of oil for a couple of years when we opened a cupboard near the oil pipeline. But we didn’t do anything about it. Why? Because we sort of knew there was something nasty lurking behind the smell of kerosene and that it would be really disruptive and would cause discomfort to tackle it. So we pretended it wasn’t there. The result was that eventually the entire kitchen floor had to be excavated, and we experienced increased discomfort in proportion to the length of time we’d left the problem to worsen.

In avoiding pain in life, we allow the causes of that pain to fester and therefore to become stronger and more difficult to deal with in the end.

Denial is a great human self-protection mechanism – until we realise that it’s created more problems than it has ever solved.  We pretend to friends and extended family that everything is alright and tell ourselves that our daughter will see sense sooner or later. And on good days, we convince ourselves that they have turned the corner – only to have our hopes dashed the next time she acts out or is admitted to hospital.

So to me – Denial and Enabling are the terrible twins. You can imagine how they’d look in a Disney cartoon. One would be fat, one would be thin, and they’d be slimy, creepy, manipulative and wheedling. So let’s become the heroes and heroines of our own movies and zap those terrible twins right now.

In a post related to this one – Catching it Early – you can read about the great benefit in admitting that your family has a drug problem and in taking steps to deal with this sooner rather than later. 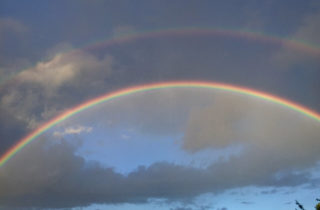